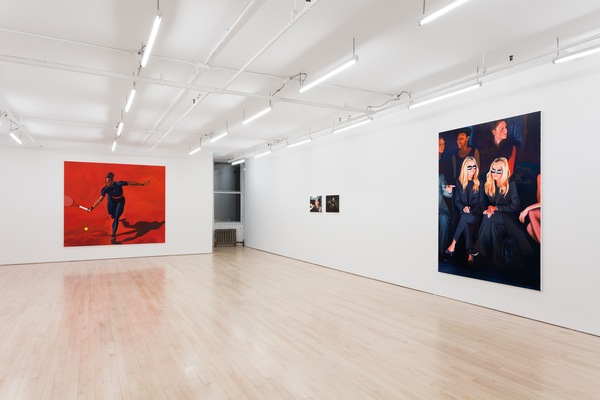 “Every why hath a wherefore.”
-William Shakespeare, (Dromio of Syracuse, The Comedy of Errors)

JTT is pleased to present Jonathan Taylor Thomas, an exhibition of new paintings and drawings by Sam McKinniss. This is the artist’s first exhibition with the gallery.

Jonathan Taylor Thomas features portraits of Aaliyah, Justin Bieber, Mason Ramsey, and other famous entertainers similarly “discovered” at tender ages. The impetus for this latest body of work is child stardom in American pop culture, but the exhibition is also intended as something of a “Comedy of Errors.” As in Shakespeare, McKinniss’s sense of humor here relies on twinship and mistaken identity as plot devices or themes. For example, when former child actor Jonathan Taylor Thomas was at the height of his fame in the 1990’s, celebrity teen magazines such as Tiger Beat, 16, or BOP would commonly refer to him by his initials—“J.T.T.”—a nickname and business moniker, of course, shared by JTT gallery founder, Jasmin T. Tsou. A portrait of the young actor, best known for his role on the ABC television sitcom, Home Improvement (1991-1999), serves as the exhibition’s namesake and centerpiece, as well as, perhaps, a tongue-in-cheek sendup of the gallery’s program, image, and identity.

The most basic definition of “twinship” refers to the condition of being twins, which McKinniss explores in a large-scale painting of fashion designers Mary-Kate and Ashley Olsen, whose first brush with fame came while acting in another ABC television sitcom, Full House (1987-1995). In psychoanalytic theory, however, “twinship” involves a narcissistic transference, or rather, an alter-ego transference, whereby an individual is compelled to feel a strong likeness to other human beings. The term may be relevant in understanding much of McKinniss’s art, largely made up of figurative paintings achieving the likenesses of celebrity subjects. A double portrait of young Lindsay Lohan, playing twin sisters separated at birth but later reunited in Nancy Meyers’s The Parent Trap (1998), updates the Shakespeare classic, as well as it ponders the twinship phenomenon.

The “twinning” that occurs between a celebrity and a consumer/fanatic is foundational for McKinniss. In a quotidian sense, a consumer/fan can easily search online and acquire “Vintage Tommy Hilfiger Aaliyah Pants” in order to mimic the star’s style while going about daily life. It is also possible for that same consumer/fan to hear an early Aaliyah song—say, for example, “Age Ain’t Nothing But A Number”—and recall how they felt at the time and place of first listen, whether they were happy, sad, in love, or at risk. Likewise, a celebrity sighting can sometimes conjure an array of affinities, aversions, or aspirations. By copying images of famous subjects found via internet query, McKinniss renders these emotional processes manifest. On the topic of McKinniss’s image gathering, the critic Charlie Fox writes, “Every picture is the spooky double of an original, an example of its afterlife…This is not science fiction, but something like love.”

Jonathan Taylor Thomas also includes a major new cycle of fifty colored pencil drawings on paper, entitled Wild America, after the 1997 teen adventure film starring Thomas, framed and arranged in grid formation on a single wall. These drawings bring together a mix of genres including portraiture, figuration, landscape, still-life, abstraction, and handwritten text, to comprise a multi-part yet singular work of art. Wild America is the latest in an ongoing series of drawing cycles, or “grids,” devised by McKinniss as a way of non-linear, stream-of-consciousness recollection and appropriationist narrative building, reminiscent of cinematic storyboards and other forms of sequential art. This is the first collection of McKinniss’s drawings exhibited in New York. A book containing full-color reproductions of all fifty drawings will be published by the gallery in collaboration with Almine Rech and available for purchase.

Sam McKinniss (b. 1985, Northfield, MN) lives and works in New York. Recent solo exhibitions include Neverland (2019) at Almine Rech Gallery in Brussels, Daisy Chain (2018) at Team (Bungalow) in Los Angeles, and Egyptian Violet (2016) at Team Gallery in New York. His work has been exhibited in group shows at JTT, Gladstone 64 in New York, Sadie Coles HQ in London, the Massachusetts Museum of Contemporary Art in North Adams, MA, and elsewhere. McKinniss’s work has also been the focus of recent essays by Gary Indiana for Artforum (September 2019), and by Charlie Fox in Unrealism: New Figurative Painting (2019), published by Jeffrey Deitch and Rizzoli Electa. 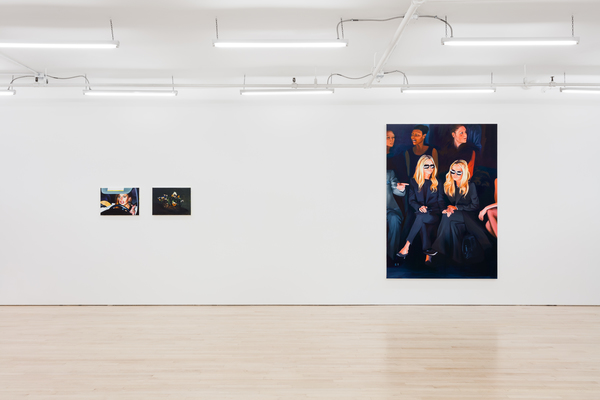 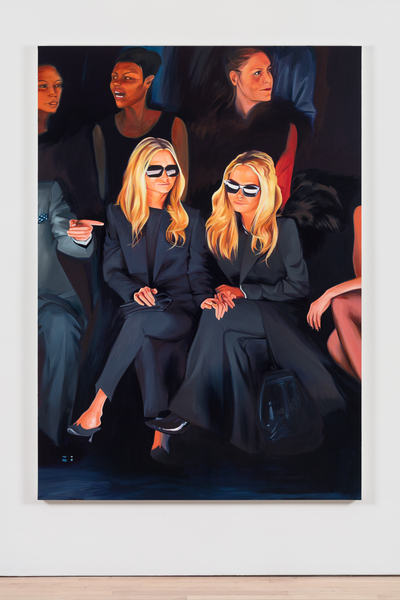 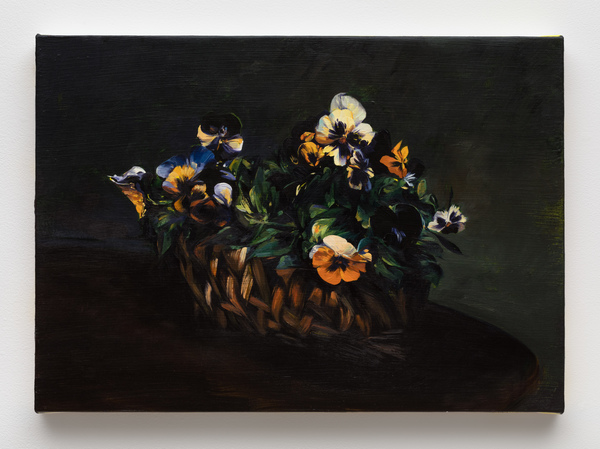 Pansies in a Basket (after Fantin-Latour), 2019 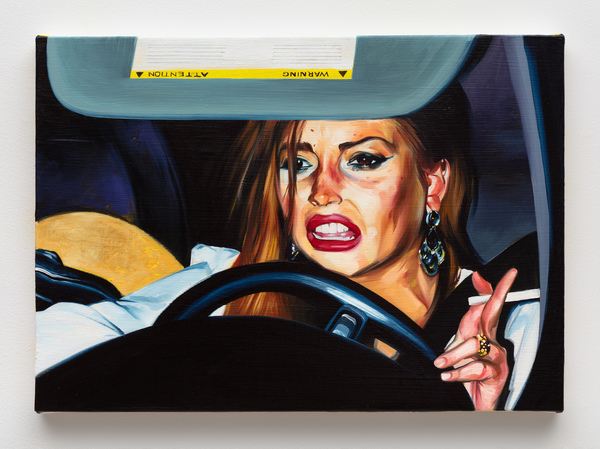 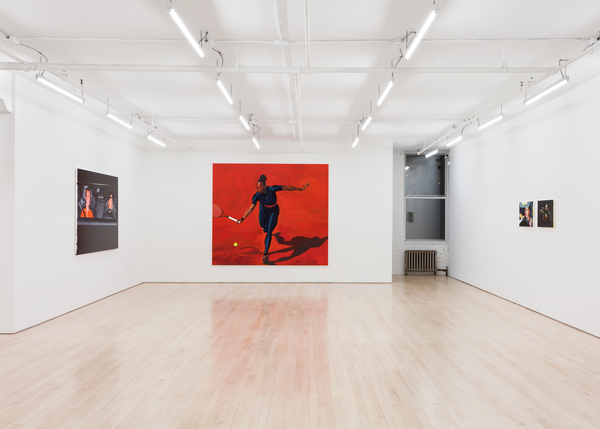 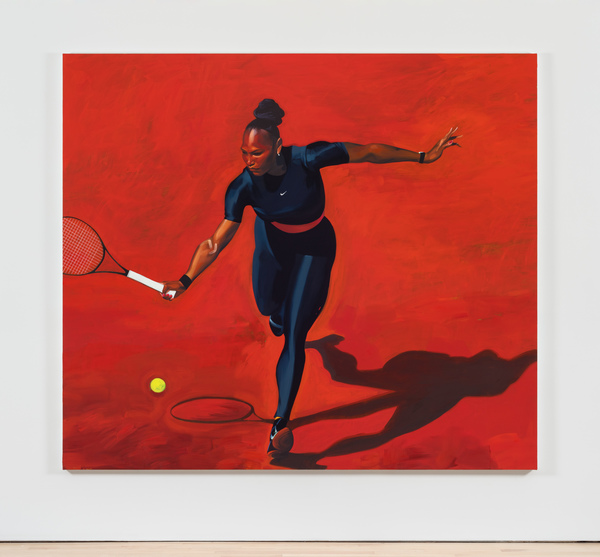 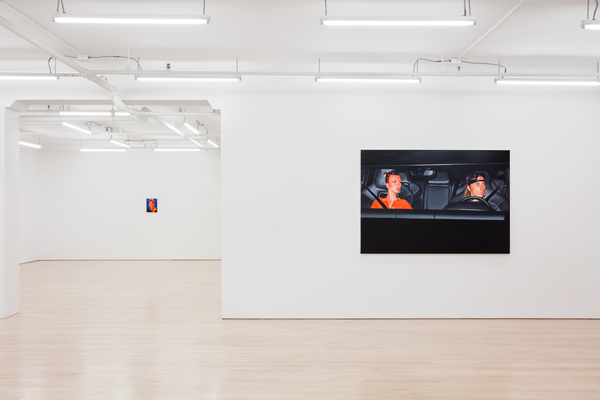 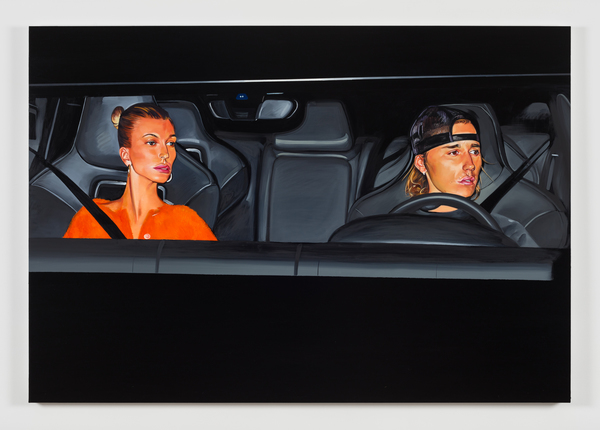 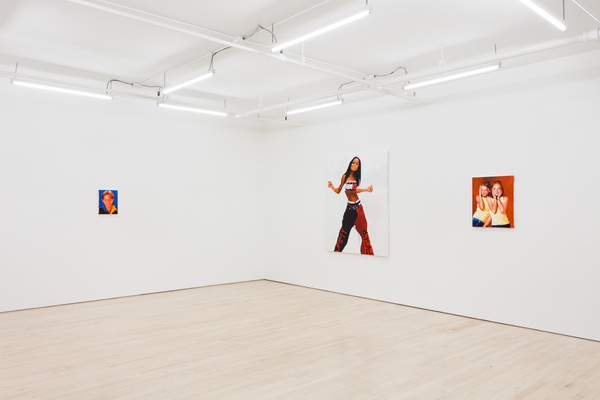 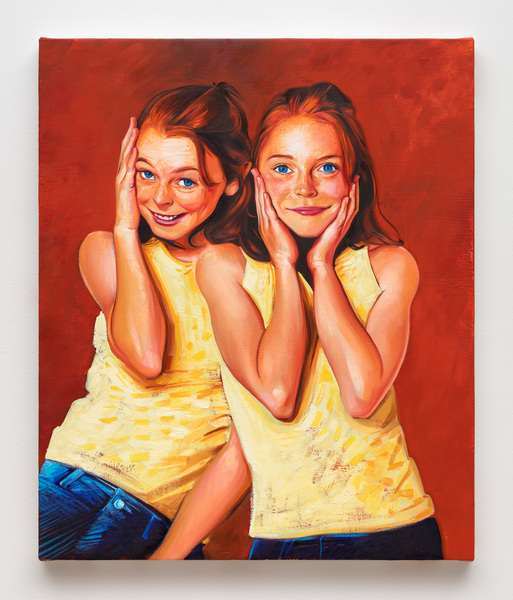 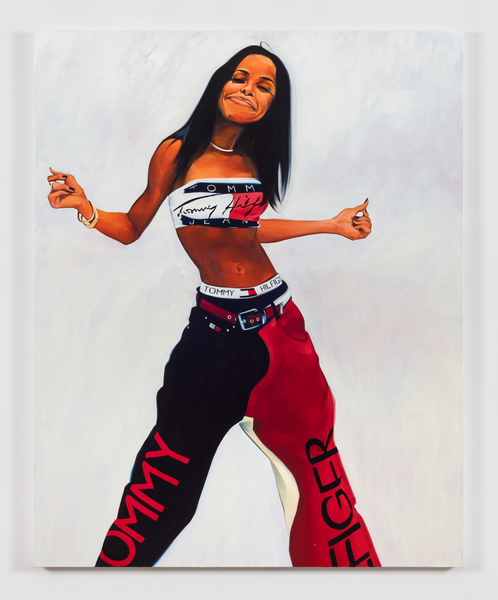 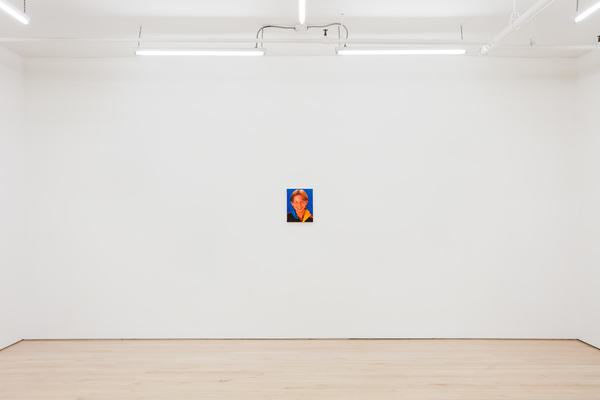 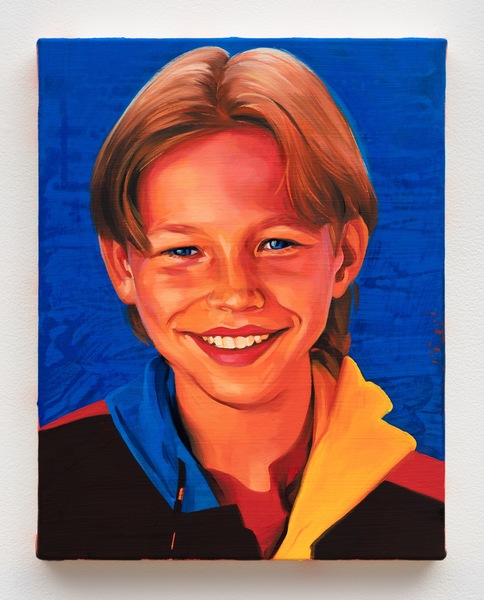 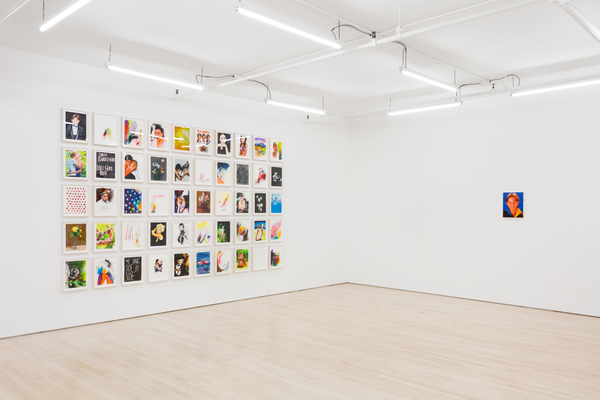 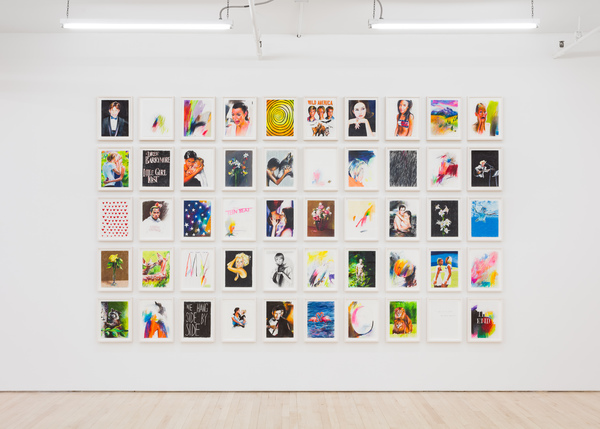 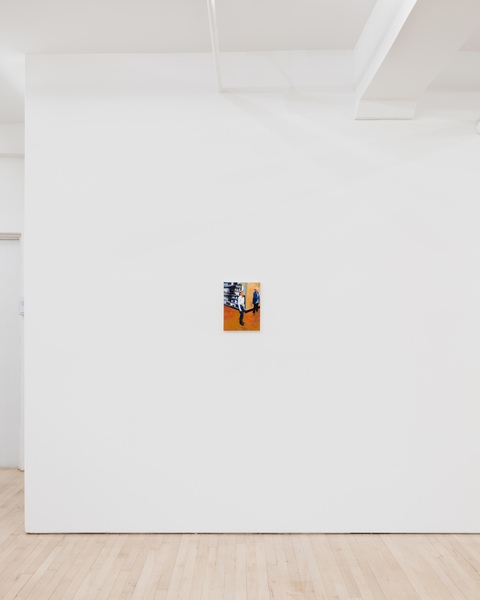 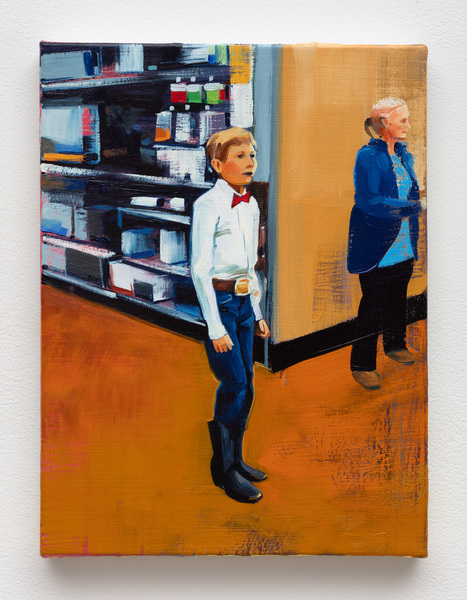