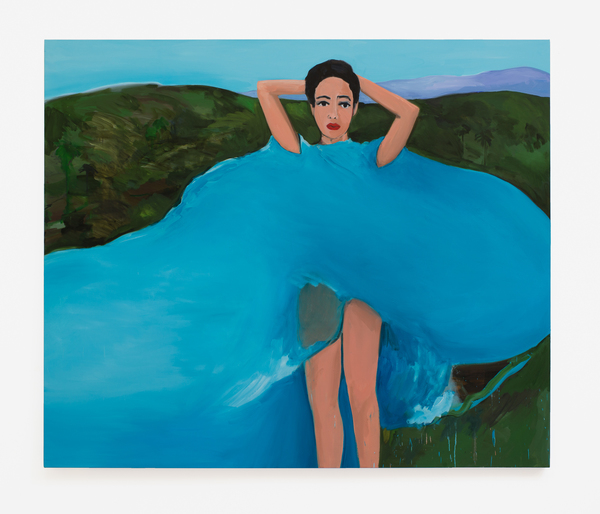 This past spring a painting of mine was stolen from its owner’s house, under mysterious circumstances. It was a painting I had made in 2013, a small one-off composition of a woman (based on a figure from a Balthus painting) sitting in an alpine lake. The scale of her body was giant in relationship to the lake, so I thought of her as otherwordly — she became a sort of allegory for bathing in general. I had always liked the painting, so when I found out it was lost, I decided to make a replacement for the owner. As I repainted the picture, I was overwhelmed by the possible variations on its theme.

In this way, this show is both a departure from my previous work and a literal return to it. Indeed, it is a return and a departure in another way. The genre of allegorical painting may seem happily lost to history. But artists have hardly given up on the project of the allegorist — of making paintings of an idea or a concept. In recovering my lost painting, I found myself working to recover something larger — playing with this lost genre in a variety of ways.

In this new work, female bodies are both nude and covered by the landscape and lakes they sit on/in. They do not have the same effect as traditional bathers. Neither demure nor delicate, their bodies occupy a flattened, fantasy space. The water of the lakes is opaque, solid — most features of the water are missing or off. In perspectival play, the surface of the lake has been pulled up to the surface of the picture plane, into a field of color that does not obey realistic constraints. The women appear below/behind these flat surfaces as well as in front of it all — echoing themes from previous work, in which painted gates obscured figures beyond them.

The generic figures which result are symbols for “woman” and “individual” — or for genres like “the allegorical nude”. They are not portraits, but rather signs for how women might be represented, going against the way they have been symbolized in the canon of art both before and after modernism. An allegorical painting is one which “can be interpreted to reveal a hidden meaning, typically a moral or political one.” But these nudes resist the easy assignment of meaning that is characteristic of traditional allegory. They offer themselves up as potential vessels of meaning, but do not allow us to flee from the sign or image to the idea it is meant to express. Instead we are left alone with the allegorical nudes themselves — to be considered on their own terms, as opposed to as allegories for something else.

The exhibition is accompanied by a catalogue that includes a text by Ashton Cooper as well as full-color images of the artwork. 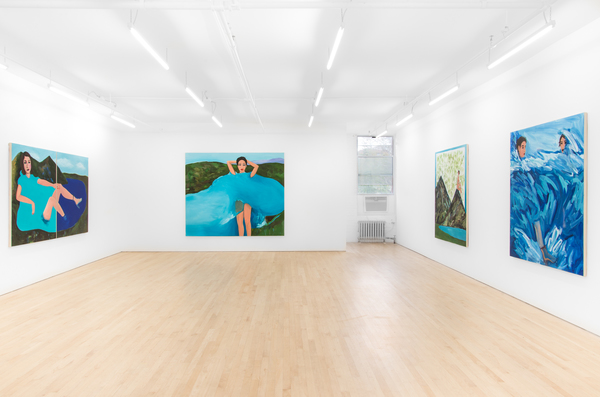 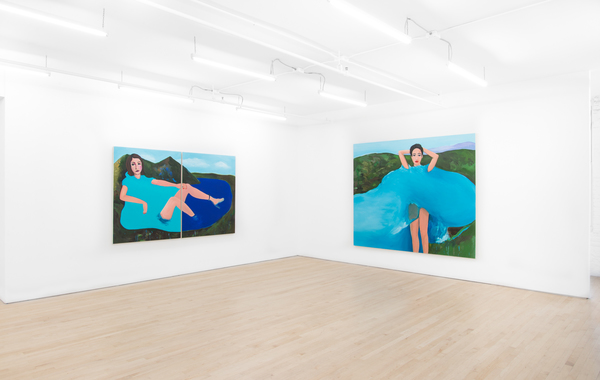 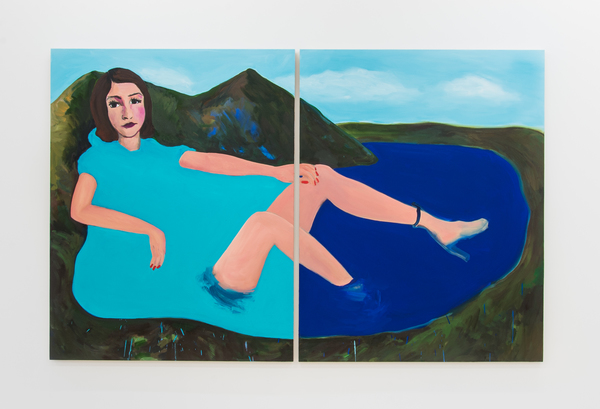 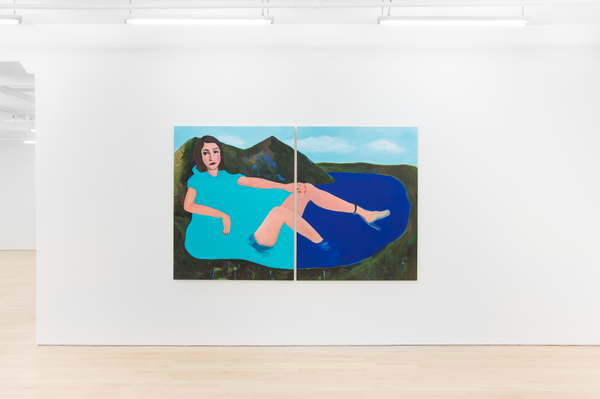 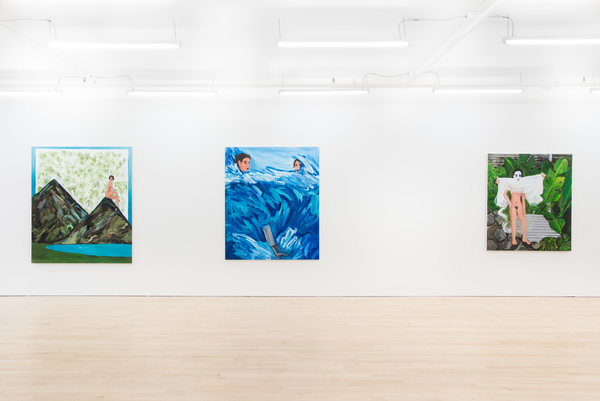 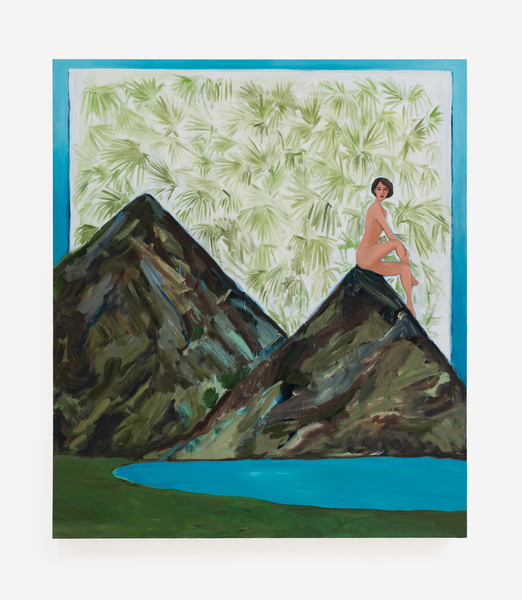 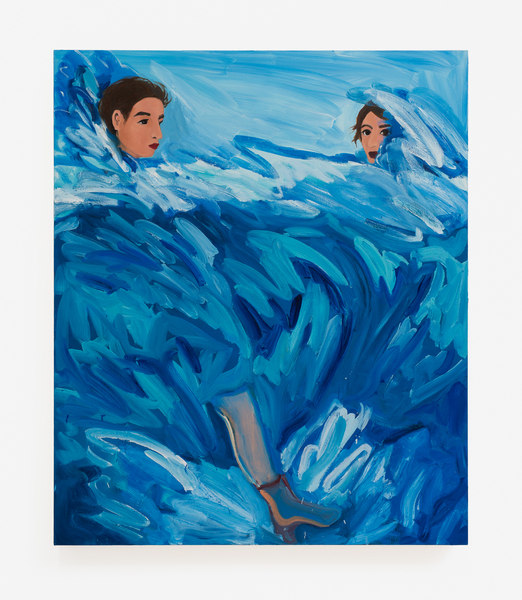 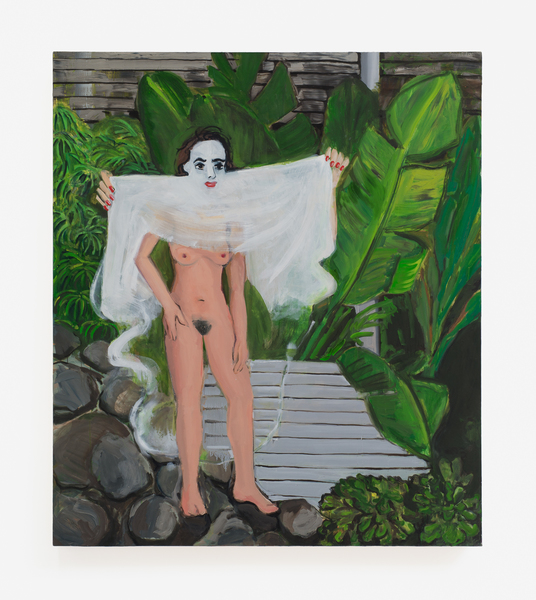 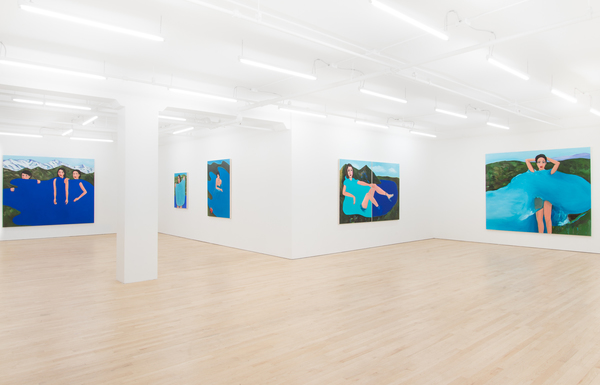 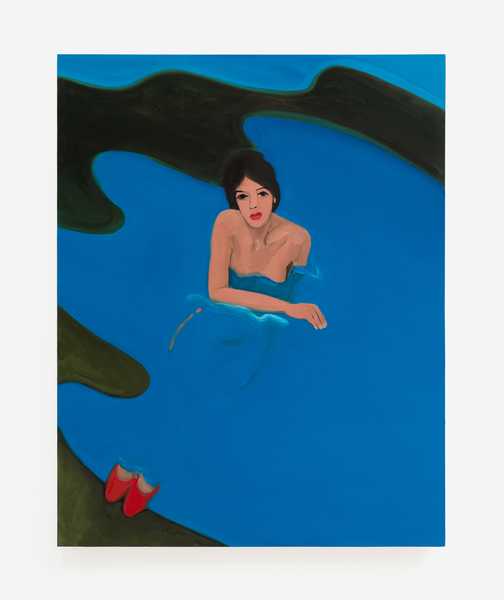 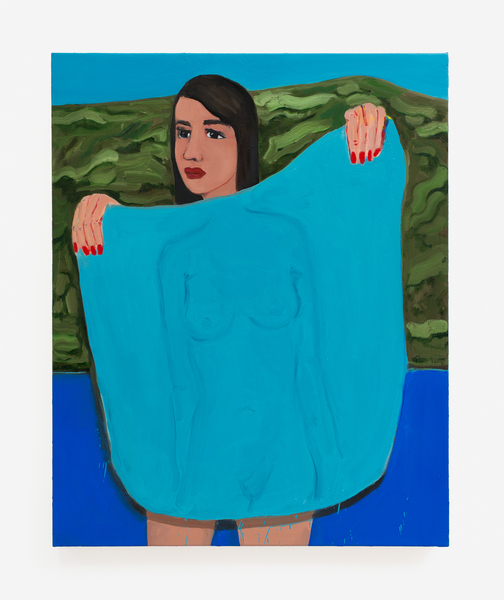 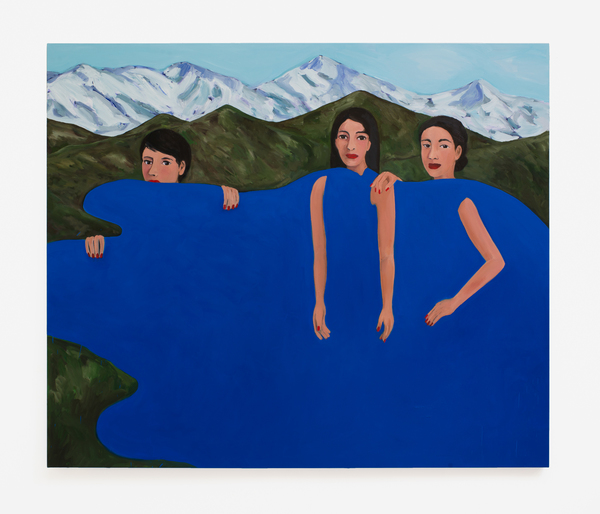 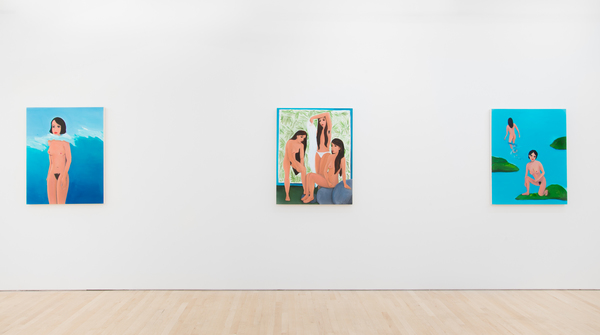 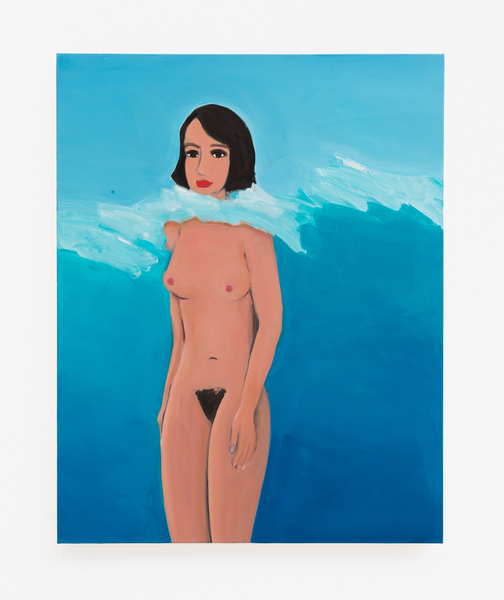 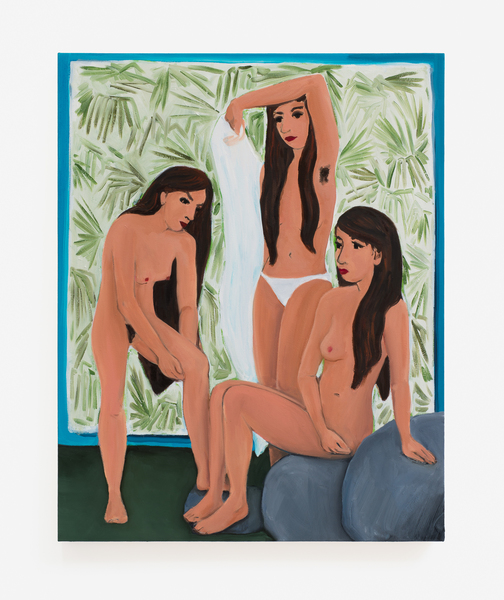 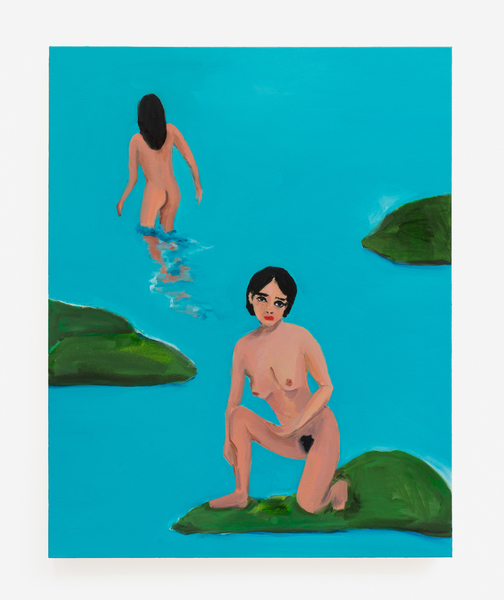