All Dogs Are Pets 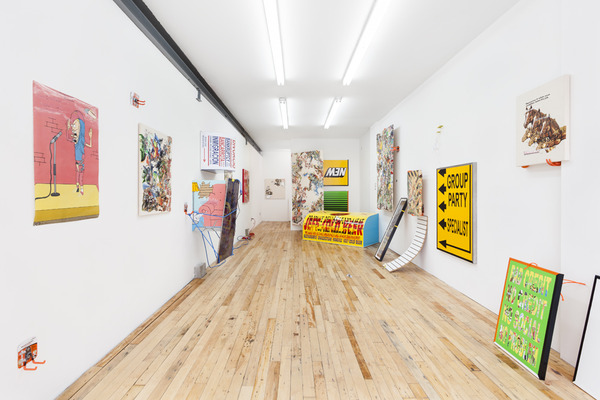 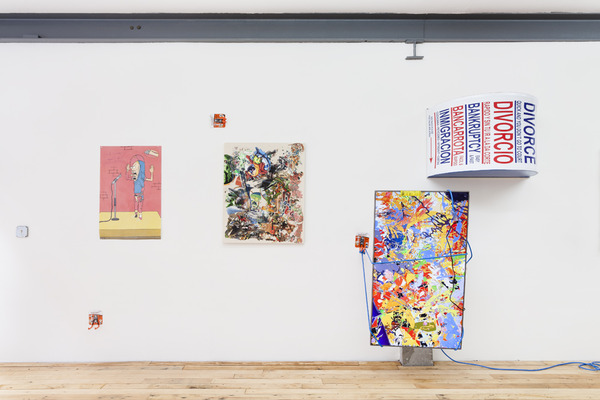 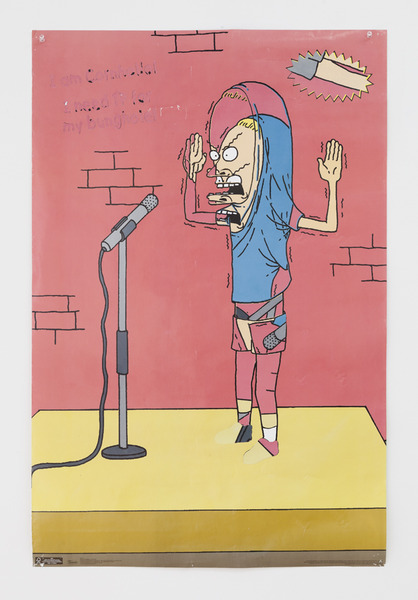 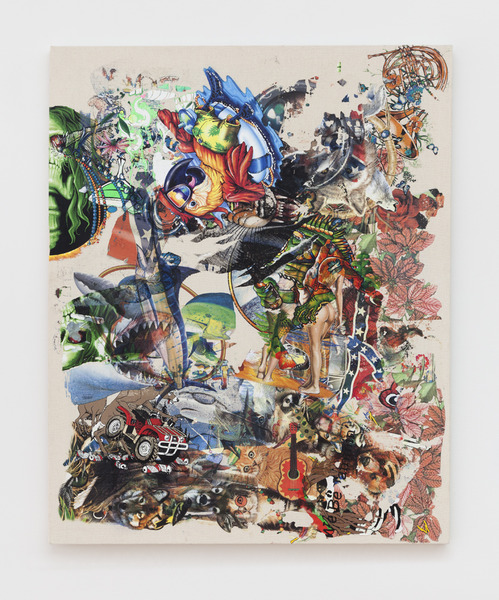 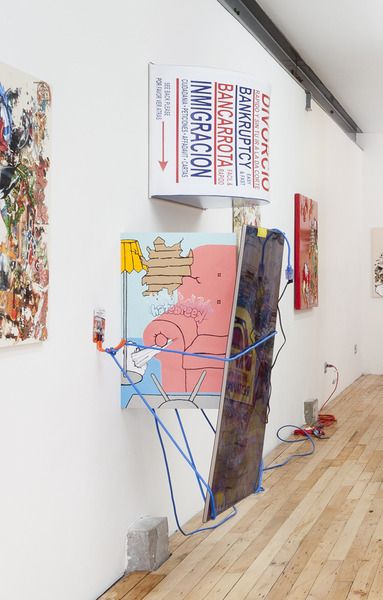 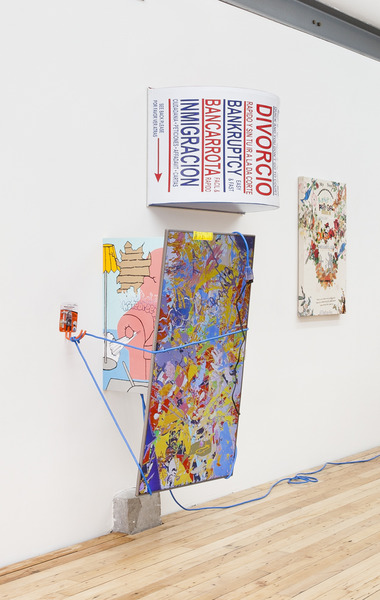 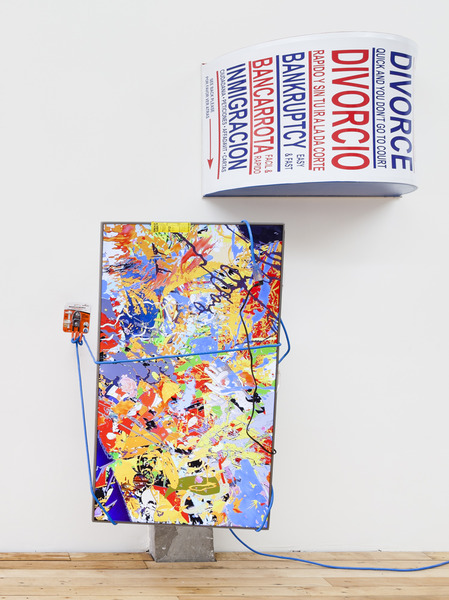 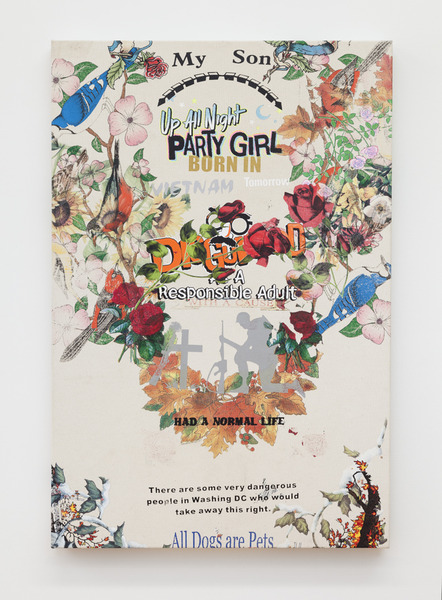 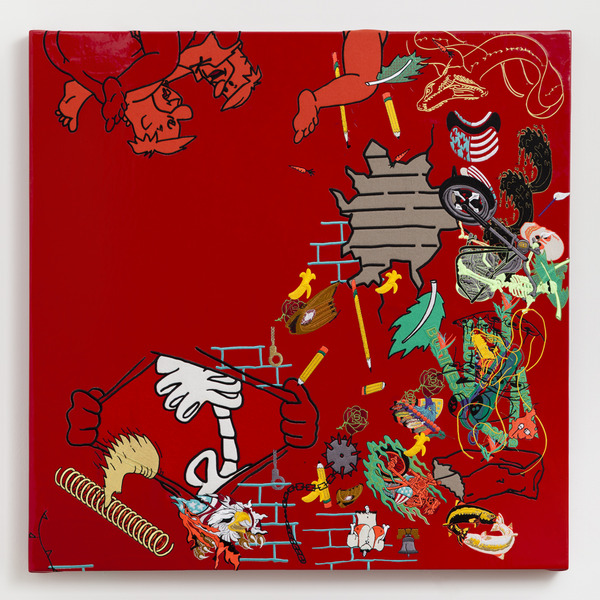 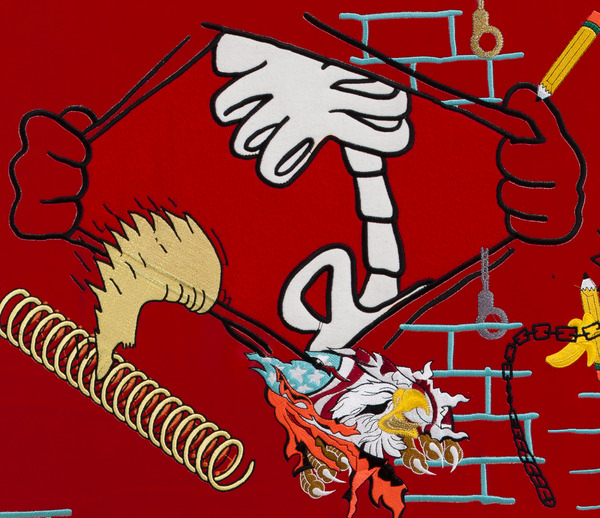 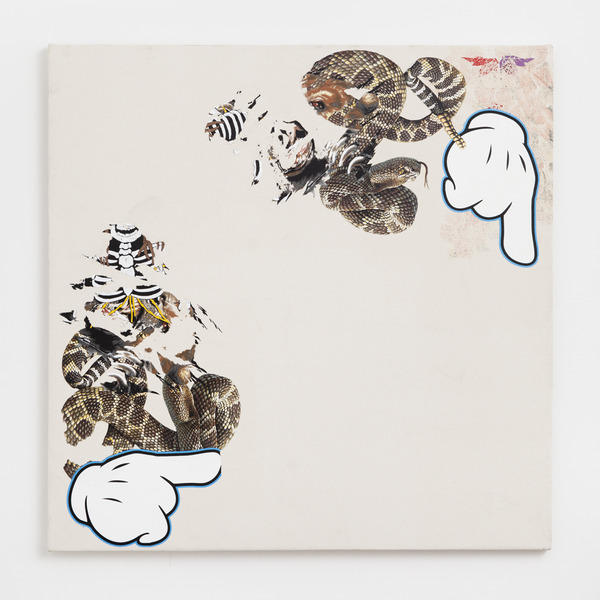 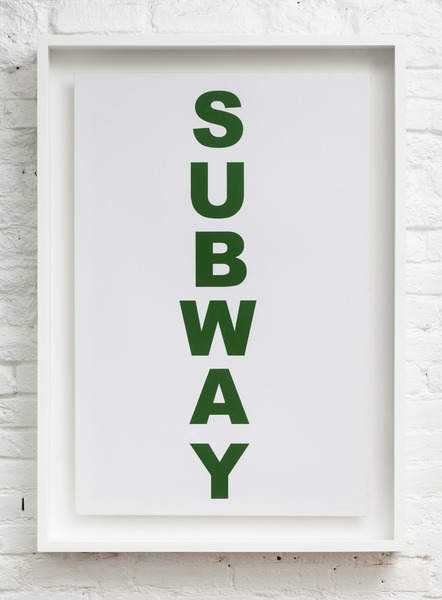 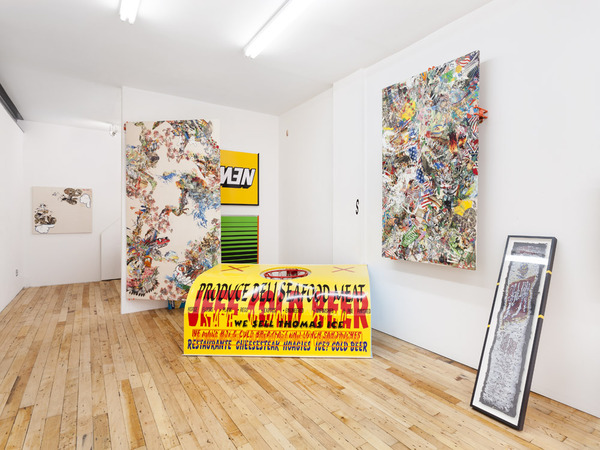 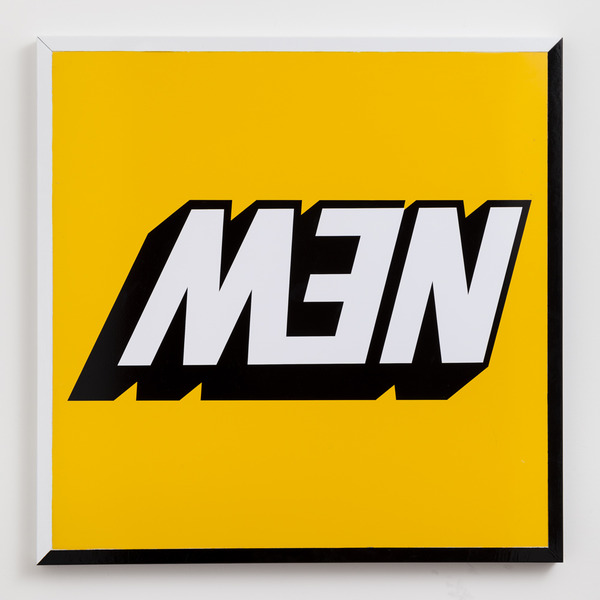 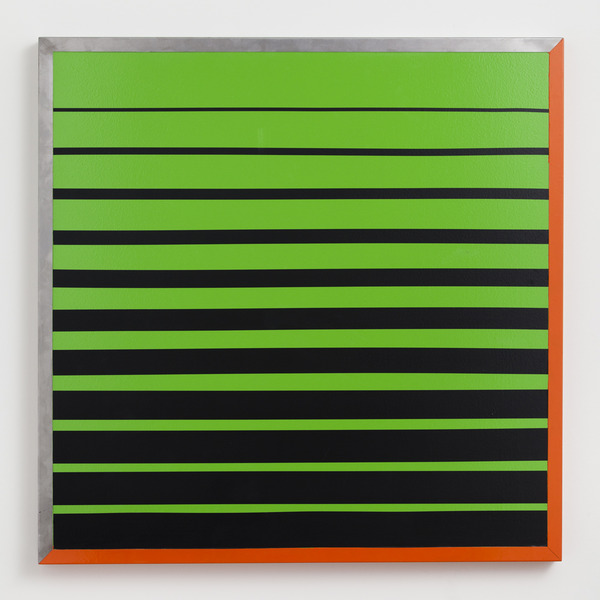 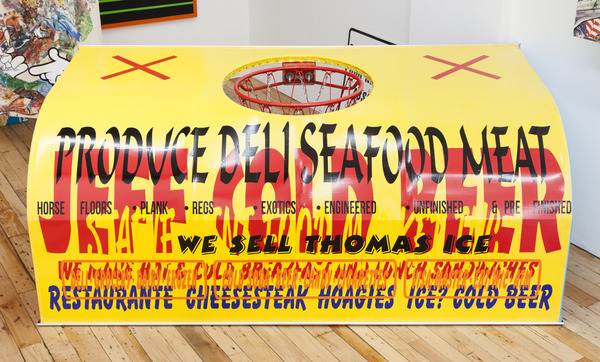 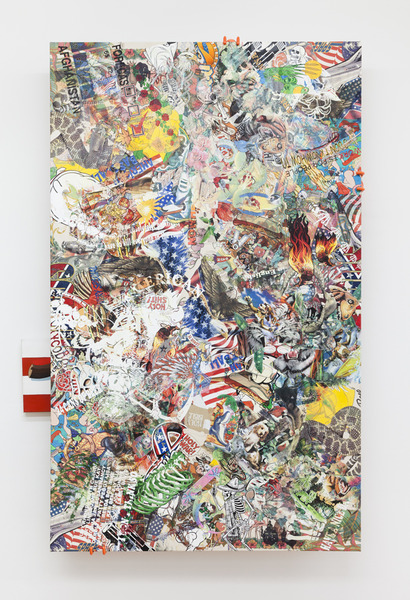 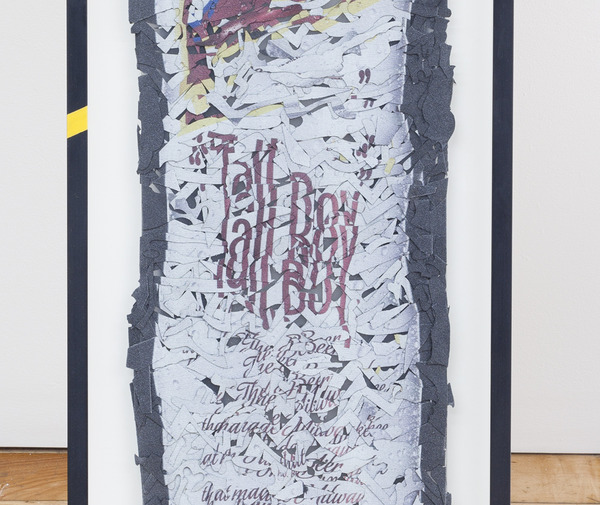 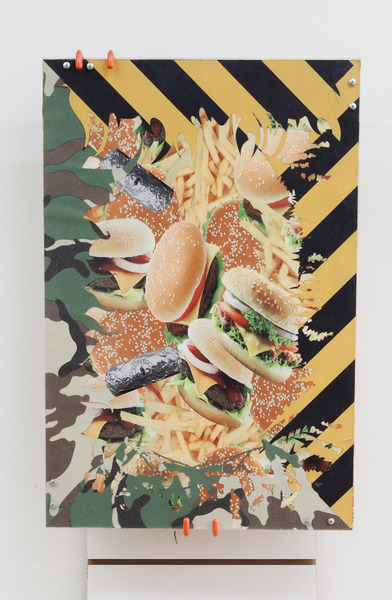 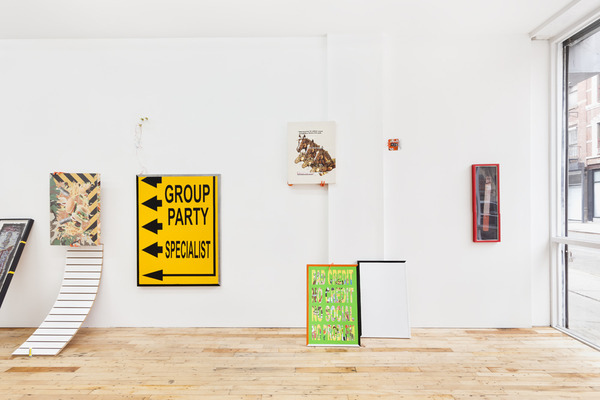 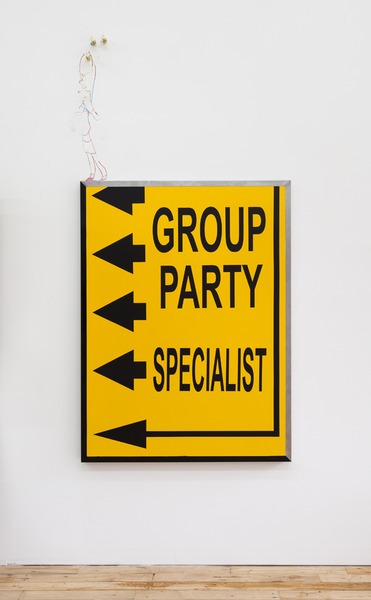 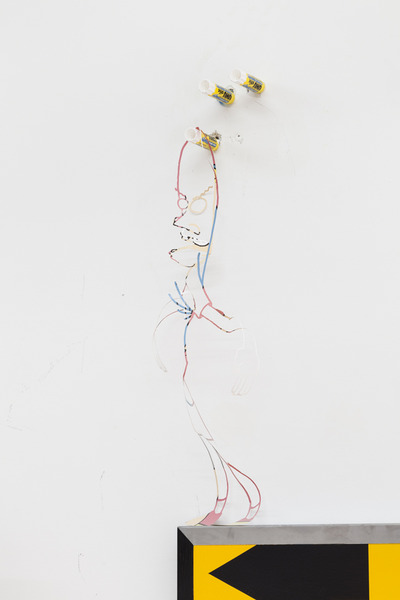 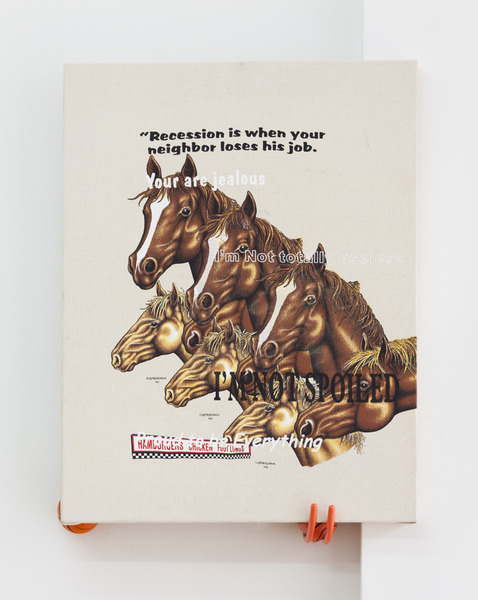 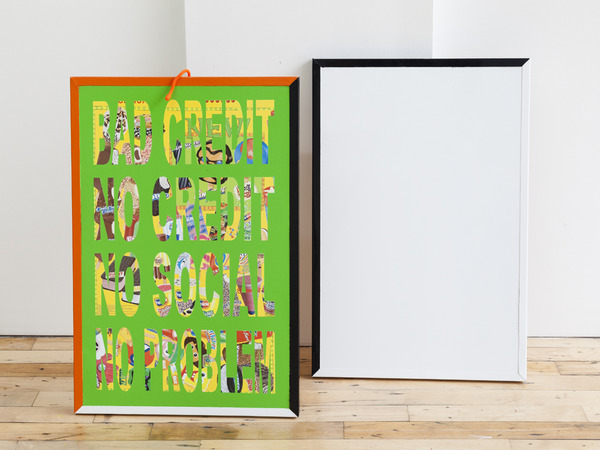 " All Dogs Are Pets, Borna Sammak’s current solo exhibition at JTT, presents sculpture, painting, and video full of glowing references to 1990s American suburbia. Trafficking in the humorous young boys’ fare of canceled Nickelodeon cartoons, Sammak’s pieces are composed of sometimes repurposed, sometimes refabricated objects you might find at a Wal-Mart or strip-mall store. His work draws from the cultural garbage can, creating an aesthetic of overload steeped in a nostalgia for the cheap consumer items of our culture’s recent past.

"Sammak’s 'paintings,' for example, are cacophonous collages of kitschy iron-on T-shirt decals. On one such canvas, Sammak multiplies two horse-decal prints into a herd of equine doppelgangers surrounded by the meaningless ends and beginnings of common T-shirt catchphrases. The work is an allusion to @horse_ebooks—a spam Twitter account that gained a cult following in the last few years for its unintentionally poetic, non-sequitur tweets designed to promote e-books while evading spam detection. Like the @horse_ebooks tweets, the sentence fragments on Sammak’s T-shirt canvases ('HAD A NORMAL LIFE'/'Proud to be Everything'/'Your are Jealous') possess all the absurd, darkly existential humor of a robot poorly attempting an imitation of a human.

"Sammak participates in a current trend among young artists making sculpture (for example, Alex da Corte) that involves removing domestic and recreational objects from their functional contexts and arranging them instead to juxtapose texture, color, and shape. Sammak squeezes small rubber-basketball toys and rubber duckies patterned like tiny basketballs into the cracks of refabricated acrylic signs, and mounts his works using grappling hooks left in their Home Depot packaging. Such clusters of media become uncannily affective, taking deep cuts from the cultural imaginary and rearranging them into new and arresting formations.

"We might better consider All Dogs Are Pets through the lens of Jacques Derrida’s philosophical notion of deconstruction, a branch of critical theory that denies the possibility of intrinsic meaning and seeks to dismantle structural hierarchies by creating new, oppositional terms that are constantly in flux. Sammak’s work is full of such fragments and juxtapositions, in this case of childhood play and shopping errands at small suburban businesses (or Home Depot). He wrenches his signifiers free from their context so that they might be reimagined in the realm of the absurd. Sammak does not seek to synthesize new structures in his work, but rather to create Frankensteinian hybrids that remain in continuous, chaotic interplay. In one work, catchphrases and fragments of cartoons rhythmically spew forth from a strung-up flat-screen TV as canvas (recalling Ken Okiishi’s hotly discussed recent show at Reena Spaulings), like paranoid murmurings from the cultural subconscious. An adjacent work on paper depicts Beavis, of Beavis and Butthead, seeming to have an out-of-body experience at an open mic, while a thin, wavering paper outline of another Beavis barely shows up on the wall nearby. Beavis’ form literally unravels. The levity of such deconstructive 'play' is essential to Derridean theory. Sammak dismantles comprehensible meaning in his sculptures by acknowledging the absurdity of his source material even as his work in part pays homage to it.

"Though Sammak’s pastiche is admittedly trendy, exploiting a nostalgia for the childhood of the artist’s own age group, its trendiness is buffered by what feels like a sympathetic engagement with the emotional contents of the cultural garbage can—a very humble, sincere space to engage."