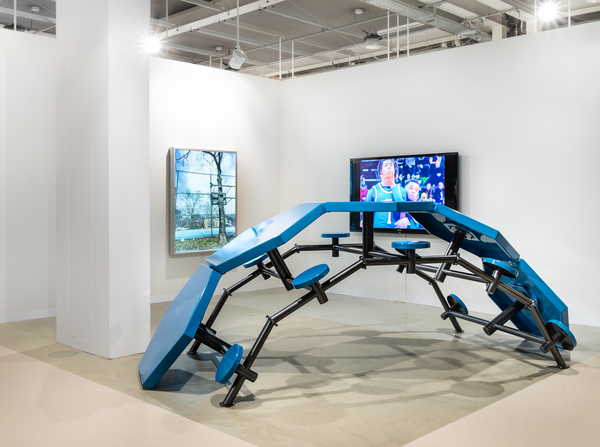 For Art Basel 2019, JTT is pleased to present a solo project by interdisciplinary artist and writer Sable Elyse Smith. Smith’s practice focuses on the relationship between memory, violence - particularly quotidian violence - language, landscapes, and the body. Titled ScapeG.O.A.T., this presentation reveals the continuity of control over certain bodies within a carceral capitalist state and points to state-sanctioned spaces of social confinement evident outside of the prison system.

Outstretched across the length of the booth is BACKBEND, 2019, a sculpture which comprises five prison visitation tables contorted to form a low metal arch. The structure’s arched form recalls surveillance systems that bodies are made to pass through, while at the same time evoking a piece of playground equipment—an ambiguity between play and enclosure Smith continuously returns to in her work.

On one wall a large lightbox displays an image of a vacant basketball court enclosed by a chain link fence. The title, ScapeG.O.A.T., incorporates the acronym “Greatest of All Time,” famously bestowed upon Muhammad Ali for his success within the boxing ring. The space depicted in Smith’s illuminated photograph that is designed for play is nearly entirely caged, a sharp contrast to the infinite expanse of blue sky above. A playground can resemble a stage of innocence, and yet depending on its neighborhood it can be stripped of that assumption. Here, Smith questions when and why innocence is denied to certain demographics and yet bestowed disproportionately to others.

On the adjacent wall is a looping video on a large scale monitor. In one clip, several men linking arms are made to walk, blindfolded, into a pool of water. We see thrashing and an expanse of blue, and finally, a lone tennis ball bobbing largely in the frame. Leading into this scene we hear a sports commentator contend “it’s not just her out there, she’s representing America.” This line repeats itself throughout the video like a refrain; a pervasive echo of the American media’s criminalization of Serena Williams’ celebratory dance at the 2012 Olympics. Titled END-LESSsestina, 2019, Smith’s video mirrors the formal structure of poetic verse, layering imagery, audio recordings, and music to create lines, and stringing them together to form stanzas bookended by clips of black. Its soundtrack weaves popular music into diegetic sound giving an eerie and emotional sense of the content. Through doubling, reverb, remixing and sampling, Smith points to the simplistic understanding of black masculinity and the everyday structures that contribute to the criminalization of blackness.

The work on view points to the reality that arenas devoted to performance and imprisonment share a similar design—in part because both serve a similar function. Evident is Smith’s investment in undoing the threat of violence that is projected onto certain bodies, by pointing to the common ways that the internal imagination is confined, as well as how external representations of violence are maintained. 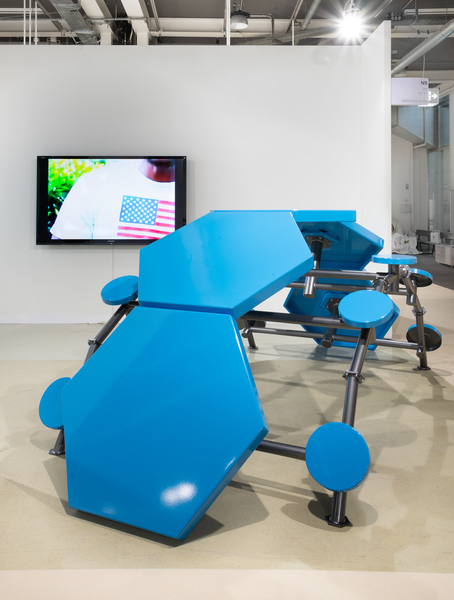 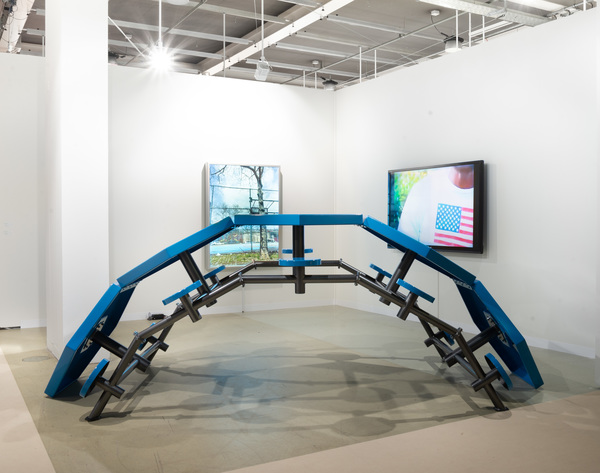 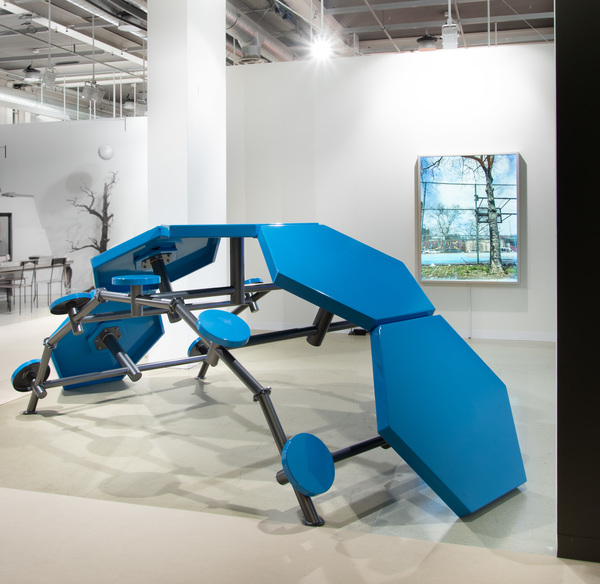 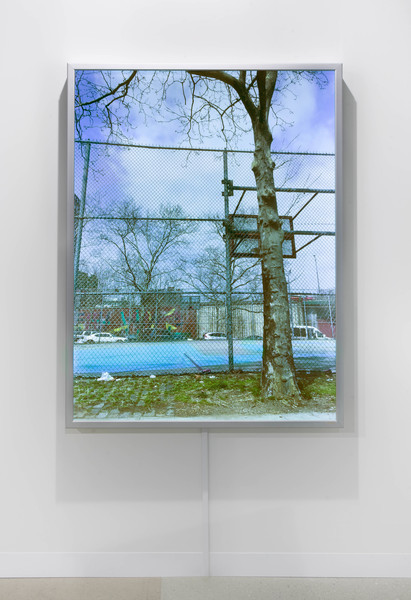 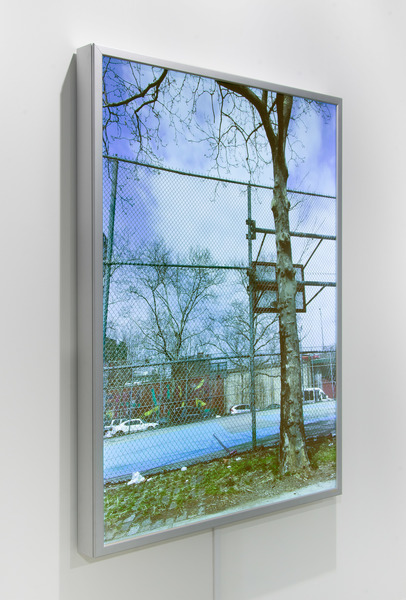