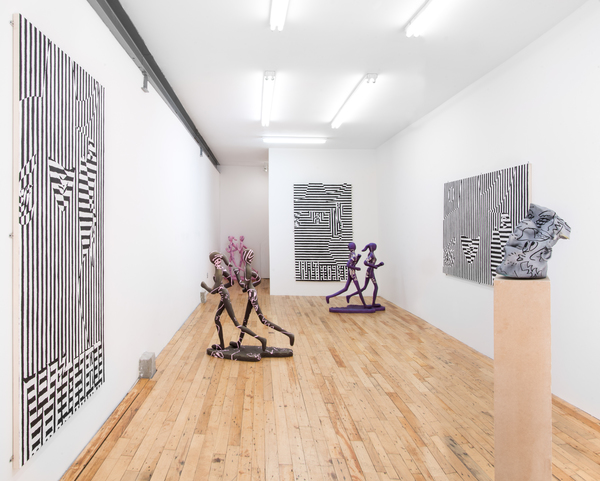 JTT is pleased to present “Wicked,” an exhibition of new paintings and sculptures by Cole Sayer (b. 1984, Nashville, TN). Sayer approaches each of his works with a specific layering technique common to painting, and a process of subtraction associated with sculpture, thus achieving a middle ground between both forms of media. Rendered entirely by hand, Sayer’s sculptures and paintings are imbued with layer upon layer of aesthetic symbols.

Sayer’s primary interest is in the notion of perceptual shift, which refers to the jolting moment a perceived reality transitions into an opposing one. For Sayer, it describes the experience of empathizing with the thing you most despise or, as he puts it, “the moment you can feel you’ve changed your mind.” He explores this through the formal elements in his work, as well as in his selection of infamous literary villains, such as the Wicked Witch of the West, Frankenstein, and Beowolf’s Grendel. These recurring subjects are significant because their stories have been retold from the villain’s point of view, creating a space of moral ambiguity. Here Sayer represents them by selecting the most washed out, pop versions of these characters: the title of the exhibition and subject matter of the paintings refer to the popular Broadway musical “Wicked,” and a sculpture of Frankenstein’s head is the hollywood version. Grendel makes an appearance as a cartoon drawing mapped onto Sayer’s forms of couples jogging.

Formally, Sayer elicits the sensation of a perceptual shift using optical illusions: the forms within his black and white paintings emerge because of reification, an aspect of perception that allows us recognize a line due to the careful positioning of disparate shapes. Similarly, Sayer’s three-dimensional, faceless renderings of jogging couples serve as an incongruous canvas for the diary-like sketches mapped onto their surface, emphasizing the viewer’s inability to perceive both the form and surface drawing simultaneously. As in the experience of looking at a magic eye or an ambigram, the mind selects one image over another due to the limits of our perception. 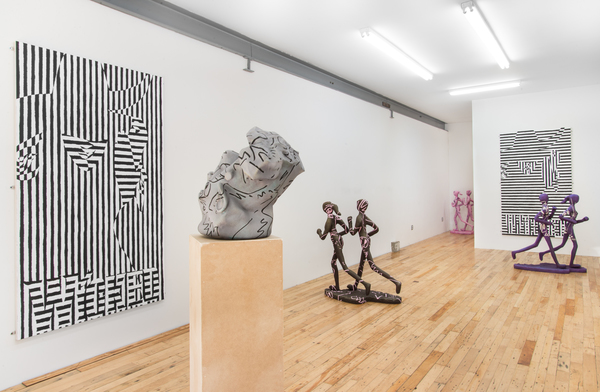 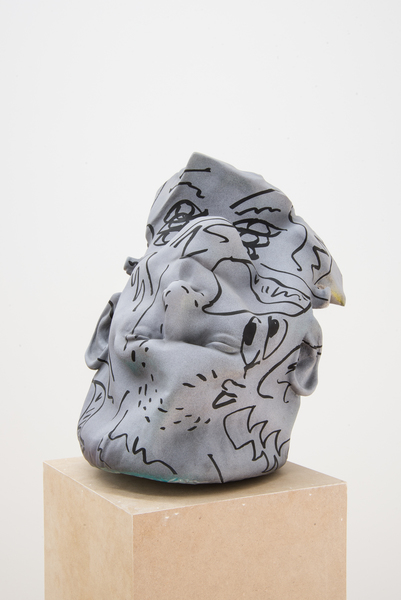 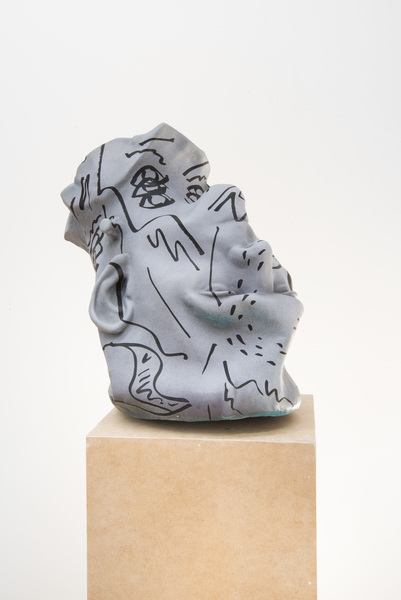 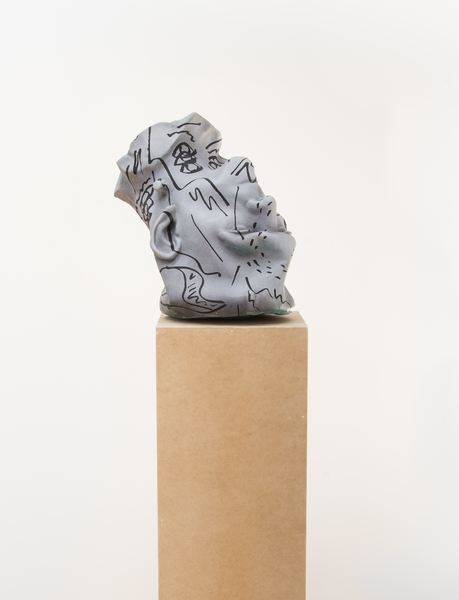 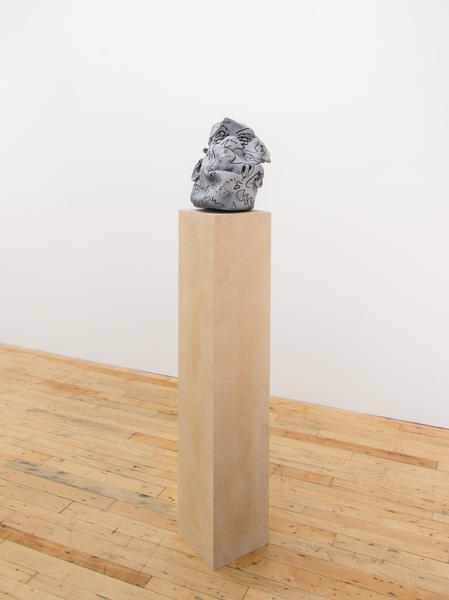 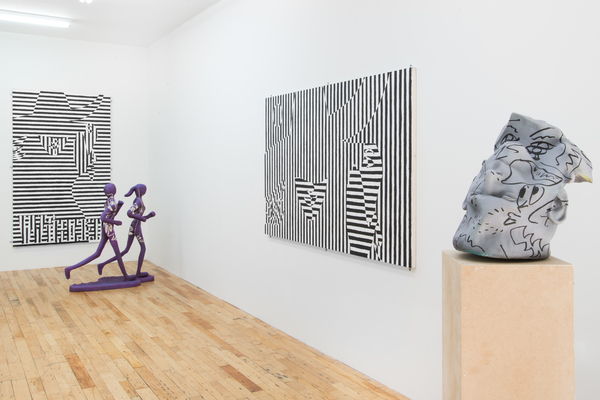 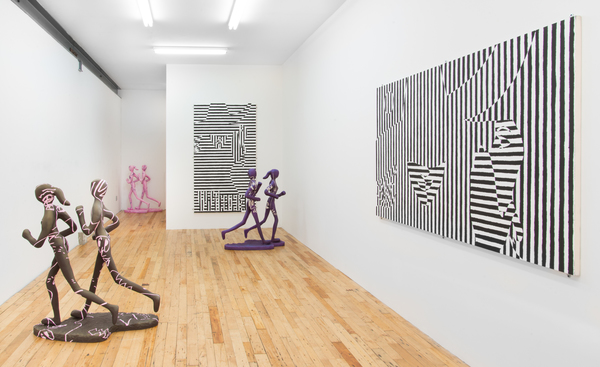 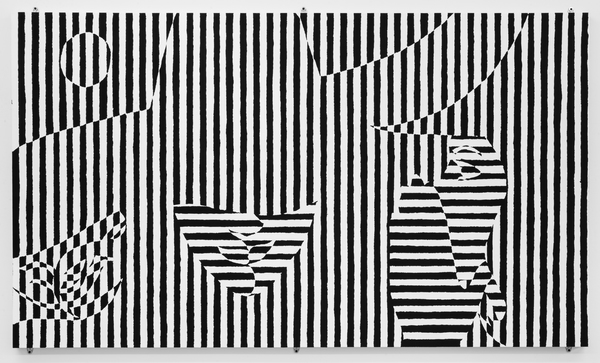 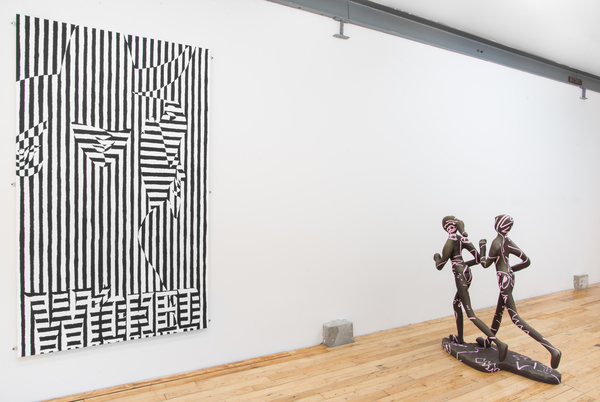 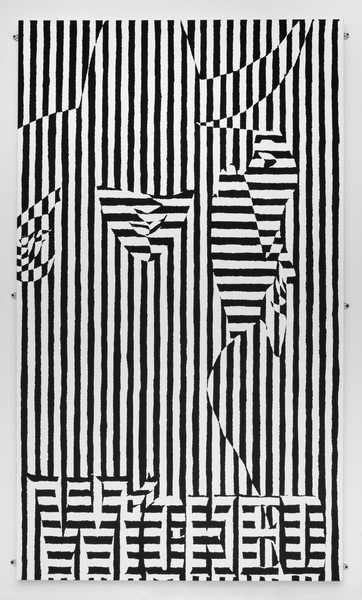 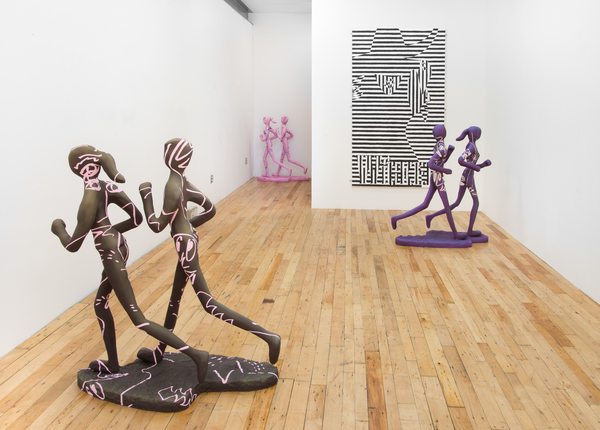 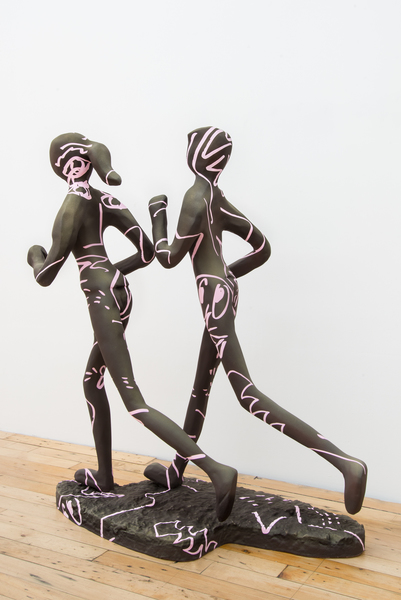 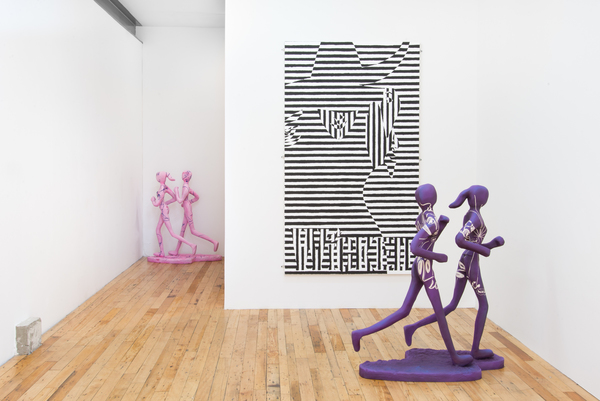 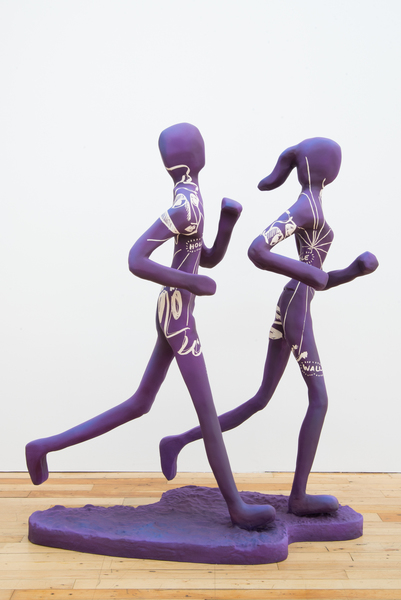 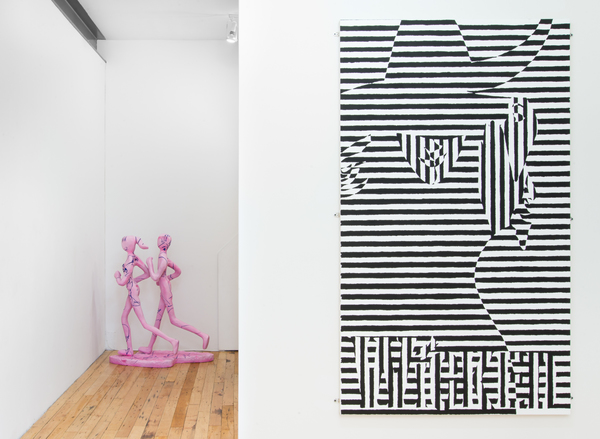 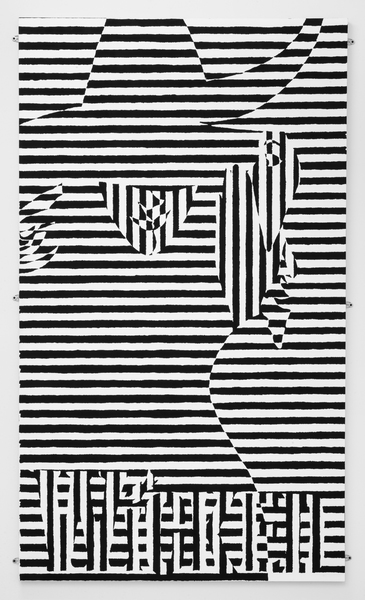 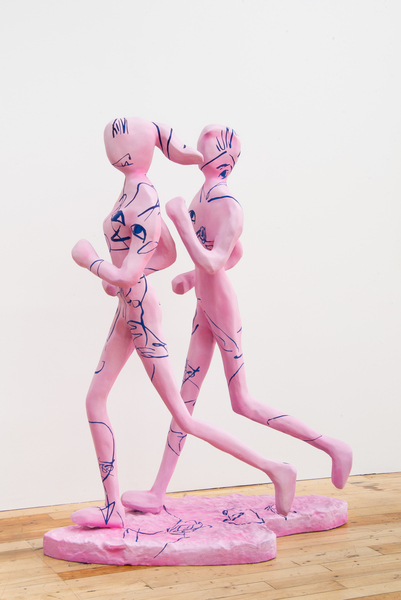