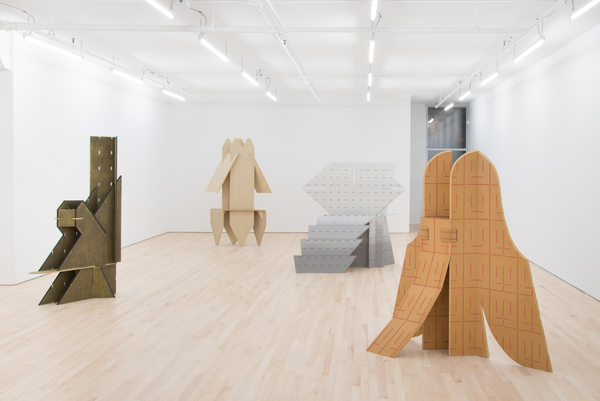 JTT is pleased to announce their upcoming move to 191 Chrystie Street between Stanton and Rivington.

The inaugural exhibition, opening November 13th, will feature works from Diane Simpson’s landmark Samurai series, which were first exhibited in 1983 at Phyllis Kind’s Chicago gallery. This remarkable display of Simpson’s earlier work — only the second series competed after she received her MFA from the School of the Art Institute of Chicago — is an honor for the gallery to present in such depth. The series consists of eight freestanding sculptures inspired by samurai armor and Japanese firemen capes — seven of these eight sculptures will be on view in November. In addition, Samurai 8, which was originally only made as a model in 1983, has been realized in its full size by the artist for the purpose of this exhibition.

Simpson begins every sculpture with a diagrammatic drawing and two drawings from this series will be on view alongside the resulting sculptures, Samurai 6 and Samurai 10. The drawings illustrate Simpson’s design of interlocking components, which allow the sculptures to stand with the use of little to no hardware. After constructing the works, mostly made of MDF, Simpson used a handheld router to create an overall slotted surface on the material echoing the slotted sections of Japanese armor. Simpson then treated the textured surfaces of MDF with stains, enamel, or colored pencil to further bring them back to their apparel sources.

In a 2015 interview with curator Dan Byers, Simpson describes the influence for her first two bodies of work, the Cardboard series and Samurai, both of which display Simpson’s career-long engagement with translating drawings into space through specific angled orientations: “I was very interested in how architecture was described in Japanese scroll paintings, like those illustrating The Tale of Genji. I loved the tilted birds-eye view and parallel perspective....About that time, I also saw a film by Akira Kurosawa called Kagemusha. There was one scene where several samurai warriors were sitting in a formal ceremonial semicircle on the floor with their backs to the camera. The segments of their armor skirts formed arcs cascading from their waist onto the floor. That scene stuck in my head, and I started looking at diagrams of how Japanese armor is constructed.”

Simpson’s framing of the armor as a skirt illustrates her approach to the garment more as formal wear than as a tool of military defense. Shortly after completing the Samurai series, Simpson would go on to make work inspired by dresses of the Elizabethan-era in England and the exaggerated pannier side hoop petticoats popular in Europe in the latter half of the 1600s. Simpson’s interest in samurai armor — and in costume in general — lies in the garments’ highly ceremonial and performative functions. For Simpson, material itself can have its own posture—skirts cascade onto the floor.

JTT would like to thank The Illinois State Museum, Herald St., and Corbett vs. Dempsey for their tremendous support and efforts in making this show possible. 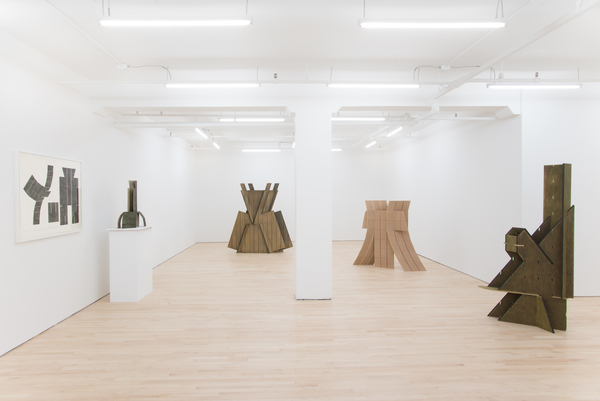 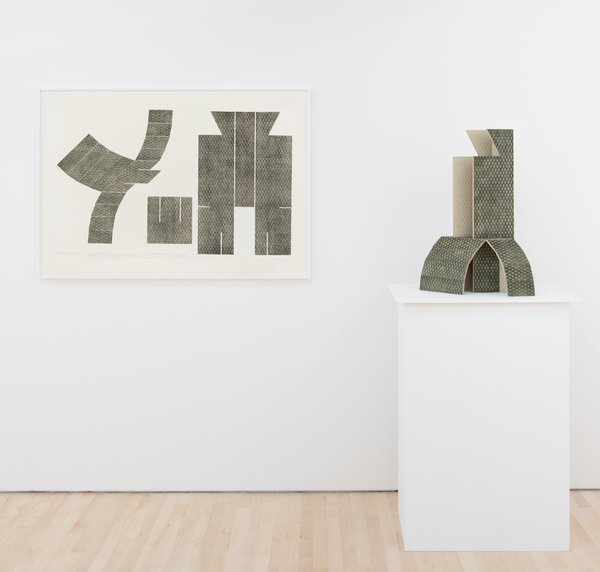 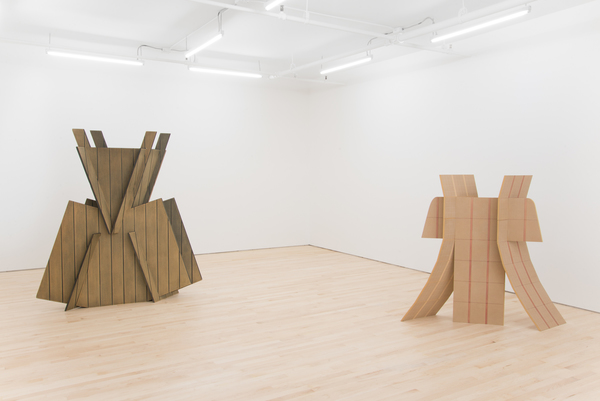 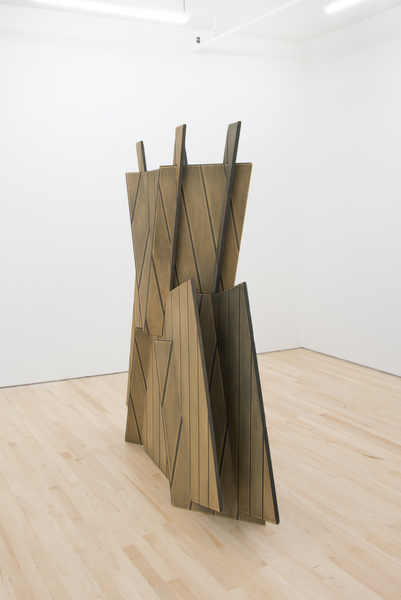 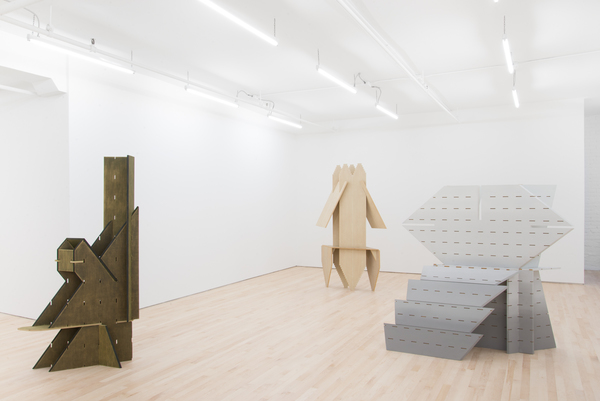 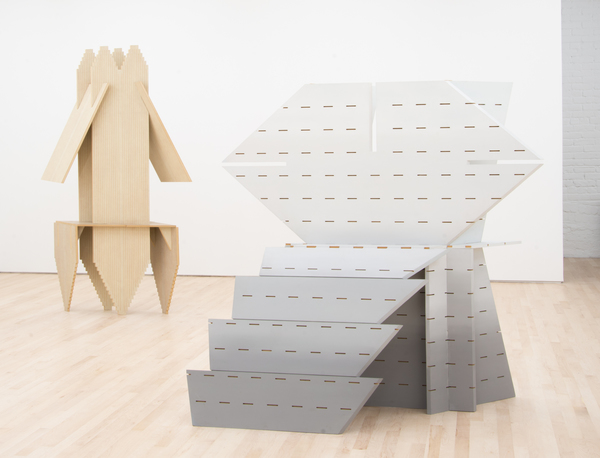 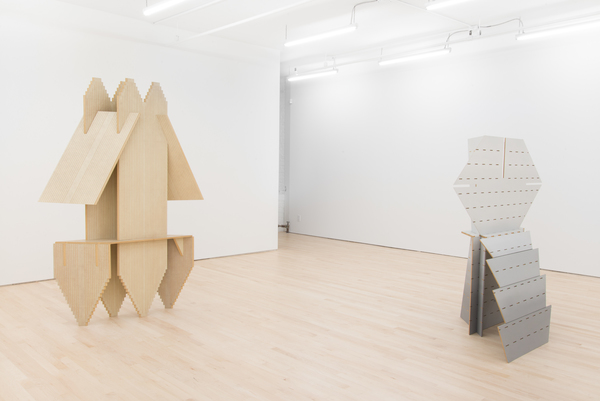 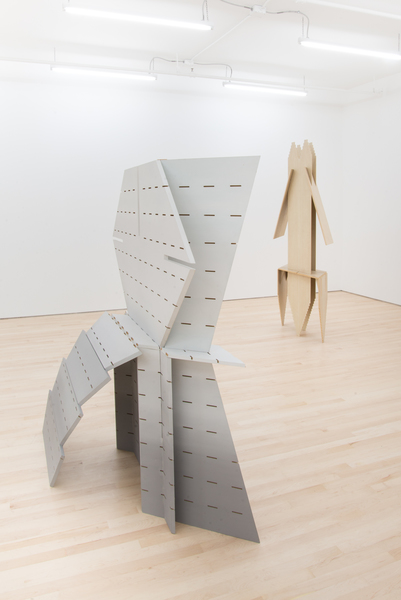 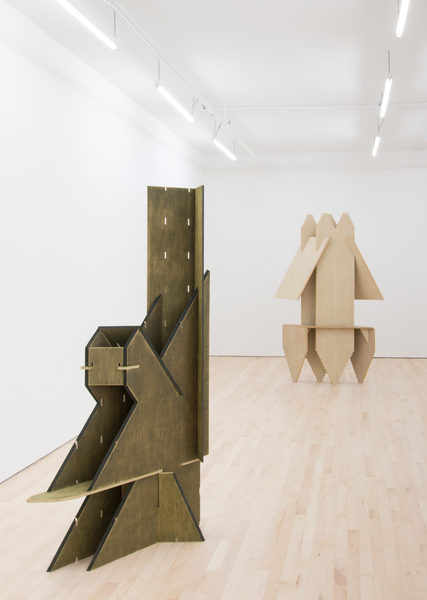